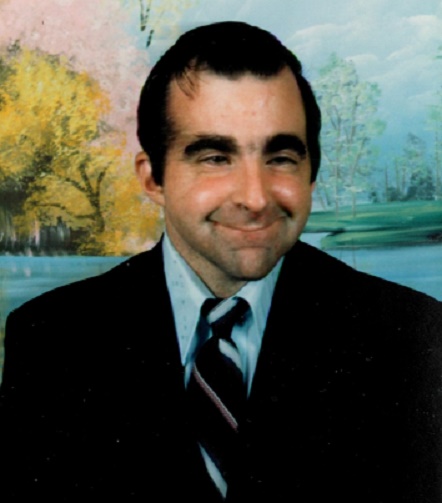 Celebration of Life Graveside Services will be held at 10:00 a.m. on Saturday, Sept. 21, 2019 at the Veterans Memorial Chapel in the Rose Hill Cemetery. Memorials may be directed to the First Christian Church or Nishna Productions.

Michael Wayne Peterson, a beloved son and brother, left us and went to be with his maker after being struck with a heart attack on Friday, August 23rd. At the time, Wayne was living with his sister Debbie Monet and her husband Will in Pueblo West, CO. Wayne was a kind gentle soul who was loved, is missed, and will always be cherished.

Wayne's story starts on May 1, 1955 as the first child of Don and Elizabeth Peterson. He was born in Oak Harber, WA while Don was serving in the US Navy. After Don was discharged from the Navy, Wayne and his parents moved to Iowa and settled in Northboro, IA and later in Shenandoah. Over the next few years, Wayne became an older brother to Debbie, Gary, and Mark.

Wayne attended the Yorktown Special School in Yorktown, IA from age 7 to 18. Wayne enjoyed the school very much and thrived under the care of wonderful caring teachers. Wayne was known by the students, teachers, and parents to be a gentle quiet boy. Wayne had a love and talent for assembling puzzles of all kinds. When others gave up on a complex puzzle, the pile of pieces were always handed over to Wayne as everyone knew he would assemble it and finish the task. Wayne was always present when films were shown at school, but his attention was not on the screen. The teachers would always place a chair right next to the projector so that Wayne could watch it up close and study the amazing rotating contraption. After Yorktown, Wayne attended Nishna Productions in Shenandoah NPI until he was 40 years old. Again, he thrived under the care of wonderful caring teachers.

At home, Wayne enjoyed his passion with puzzles, playing with his Speak & Spell, watching bowling and football on TV, reading the TV schedule and planning his future viewing, playing his albums and 45 records, and riding his bike up and down the street, parking briefly at each corner to watch the cars go by.

Wayne was a member of the First Christian church in Shenandoah, and attended services and events there all his life. Wayne enjoyed his time at the church because of the great love, kindness, and warmth they showed him.

Wayne did require much care and assistance throughout his life, but he gave so much more to everyone. The kind silly smile he'd give people who shook his hand always warmed hearts. His quiet easy-going demeanor calmed others. Those who knew Wayne well marveled and laughed at the banter he used with people as he manipulated and played them into giving him confectionery treats or French fries. He was a blessing and a privilege to be around, and he will be missed so much, but we have peace knowing where Wayne is: "Brothers and sisters, we do not want you to be uninformed about those who sleep in death, so that you do not grieve like the rest of mankind, who have no hope. For we believe that Jesus died and rose again, and so we believe that God will bring with Jesus those who have fallen asleep in him." (Thes 4:13-14).

Wayne was preceded in death by his mother Elizabeth and brother Gary. Wayne is survived by his father Don; sister Debbie Monet and her husband Will; niece Marci Bachicha and her husband Mike and their children Monique, Monica, and Mike; brother Mark Peterson and his wife Johnell; niece Nikkele Peterson and her sons Jay and Phoenix; nephews Adam Peterson, Phil Peterson, Ryan Peterson, Jake Dickerson, and John Dickerson.

Don & Family ~ So sorry for your loss. I remember every Sunday Wayne sitting in church always with a smile on his face. May you find comfort knowing there are many prayers coming your way.

sorry for your loss. Always loved Wayne's smile. My prayers and thoughts are with you at this sad time

Such a gentle spirit. His smile was contagious.

Don & Deb, I was shocked when I saw that Wayne passed. May God bless you during your time of grieving.
John A. Greenleaf

Don, so sorry for your loss. Thoughts and Prayers for you and your Family. Bob and Robin Lynn

Don, you and your family are in our thoughts and prayers on the passing of Wayne. He's now with our Lord and Savior. Dan & Deb Finlay

Don , We are so sorry to hear of the passing of Wayne... Thoughts and prayers for you and the Family

Never was a brother more loved, or a son more treasured. May God comfort you all in your loss. I look forward to meeting Wayne again on the other side, in the place where we're all made whole.

Don we are very sorry to hear of your loss will keep you and the family in our thoughts and prayers ... Brenda and Rod Riley

Don thinking of you and your family . So sorry for the loss of your Son. You and the family will be in our prayers. May God give you the strength of the days ahead. Don know we are here for you.

Thinking of your family. So sorry for your loss. Dennis and Kathy Balyless

don we are so sorry for your loss. we miss seeing you two at the holiday dinners. may the lord keep you strong through the days ahead. god bless you. gary and carol barrett 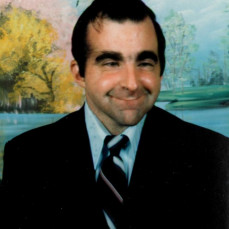 The attached photos are added to the memorial of Wayne Peterson to help share their legacy.

Please help memorize Wayne Peterson by recording your attendance below.

Thank you for sharing your memory of Michael