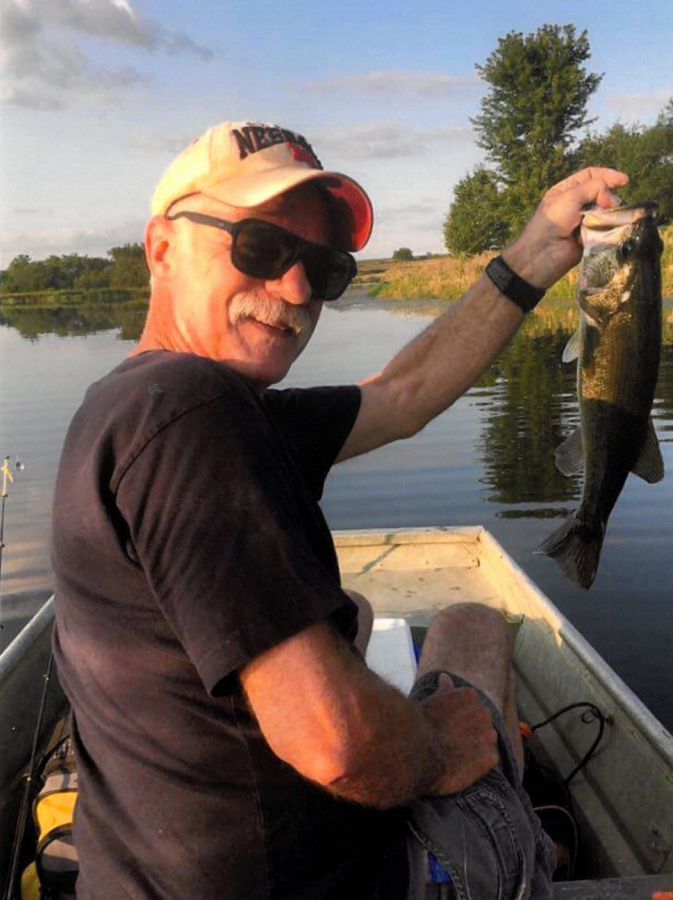 Dave passed away at his home on Wednesday afternoon, October 16, 2019 surrounded by his loving family.

David Louis Stevens, beloved son of Nancy (Hankins) and the late Richard Stevens, was born on October 2, 1952, and entered to rest surrounded by his family on October 16, 2019.
Some would say he had nine lives, was spring-loaded, and spent each one of those lives giving anyone willing to accept the challenge a good run for their money. Dave grew up in Shenandoah, and miraculously managed to graduate with the class of 1970 (he'd tell you 75), much to the relief of every one of his instructors and the entire administration. They
earned their money with him.

If you knew Dave in his youth, you were witness to seemingly endless tomfoolery, police sirens, dust clouds, and the occasional serious misdemeanor. In fact, according to sources who wish not to be named as an accessory after the fact, Dave still holds the record for the most successful attempts to outrun local law enforcement. All in good fun, of course, and he was never one to back down from a challenge.

Dave, after he decided to become a part-time law-abiding citizen, spent most of his professional life in the printing business. Aside from that, he was also pretty handy with a set of tools, fishing rods, guns, a vegetable garden, and a cooler. He was a dedicated Broncos fan, and much to the chagrin of their mothers, managed to impart a deep love of Husker football upon a couple of his grandsons.

Dave married Vicki (Whitehill) Stevens on November 24, 2000, and together they joined their families. Their children, Brandon, Natalie, Leigh, Katie, and Nikki somehow managed this dynamic duo with a little bit of grace and remain after all these years their own force to be reckoned with.

Dave and Vicki became grandparents for the first time in 1999 with the births of their grandsons Aysah and Alex, a role that Dave, in particular, was so excited to play he quite literally danced a jig. Kemper and Renee soon joined the family, followed by Nicholas, Samantha, Annabelle, Easton, and Matthew. The icing on the cake for Dave and Vicki came with the birth of their first great grandson, Orion.

Over the years Dave became affectionately known as Grandpa, or Grampy, to everyone. He never knew a stranger, and friends were always family. He reveled in his role as grandfather. He was the bass master and knower-of-all-things to Aysah and Kemper, and he was their best friend.

Preceding Dave to the great beyond was his father Dick Stevens, grandparents Duffy and Merna Hankins, grandparents Edward and Sarah Stevens, and a slew of great friends and family that he missed dearly (all of whom most likely welcomed him to the other side with a cold beer).

The family wishes to extend their heartfelt gratitude for every kind word, thought, and deed during Dave's illness. They'd buy you a beer...but there probably just isn't enough to go around.

I have so many very fond memories of working with at Shen. printing. He was a very good friend, lots of fun and will truly be missed. Dixie Dailey

David was a classmate of mine and I always enjoyed him. We had lots of laughs. I will miss seeing him at our 50th class reunion in September 2020. My sympathies to you.

My thoughts and prayers are with you all.

How sad to hear of Dave's passing. I always enjoyed when he came to the library. He was such a nice man. Vicki, our sympathies and prayers to you and your family. Russ and Carole Dailey

Vicki, and family, I'm so sorry for the loss of Dave. He was one of a kind, always so much fun to be around. You are in my thoughts and prayers. God Bless you always. Barb Martin

I could go on and on...Dave was one of kind. Never had a bad thing to say about anyone. I am so sorry for your loss and hope and pray that you will be comforted in the wonderful memories you have with him!

Oh David, what an awesome soul. I know your work was done here and you needed to move on to bigger things. Everyone will miss your presense dearly but I know you will still be around tending to the broken hearts. You are well now my friend, fly freely amongst the rainbows and prepare your new universe for those of us yet to come. I love you Dave and will always cherish the kinship you shared with me.

Many memories of my parents and Dave a parties together. He will be greatly missed. Our family sends our deepest condolences. -Lori LePorte

Dearest Vicki-You and your Family mean so much to me! I am SO sorry that you have had to go through this at all and now lose Dave. His kindness to me through the years will never be forgotten. Such a kind and FUNNY man. I love you ALL and sending that to you at this really difficult time. Love you-Clinton Myers

So sorry to hear this. Vicki and family you are in our thoughts and prayers. We will see you Saturday. Love and hugs.
Cork and Lyn

I am so sorry to hear of his passing. He was always friendly and had a smile and a good word.

So sorry to hear of Dave's passing. He was such a nice guy. Prayers and sympathy to you and your family

Sorry to hear about Dave’s passing, He was a great friend. We enlisted in the army together and he later was best man when Pam and I married .He was the closest friend l ever had . May God bless your family and give you peace.

I am so sorry for your loss. Dave was a great guy! He will be greatly missed. Prayers to all of the family.

Vicki, we were so sorry to hear about Dave's passing. Our thoughts and prayers are with you.

I have a lot of great memories from growing up with Dave . We are so sorry for your loss.
Steve and Bernie Huddle

Thinking of you and your family. David was one of the good ones. So very sorry for your loss.
Dennis and Kathy Bayless

RIP Dave---Our sincerest sympathy to Vicki and the entire family--- it was great pleasure to know you and be a friend..--- If I had to guess I'll bet the fishin is great where you are now!!!---Steve & Nancy Berning

Another classmate gone to soon. RIP DAVID. Prayers all around.

So sorry to hear of Dave's passing. You and your family are in our prayers.

Vicki and family, I am so sorry to hear of your loss. I just can’t imagine what you are going through. Wishing you peace and comfort in the days ahead. Joy and Richard Thompson

Dear Vicki and family,
We are sadden to hear of your loss. David was a friend and a classmate that always had a smile and a way of making people laugh. May you find comfort and strength during this difficult time and in the days ahead.
Thoughts and prayers,
Carroll and Norma Bishop

So sorry to hear about David!! He was a classmate and a great guy!! Prayers to the family!!

So very sorry to hear of my classmate Dave's passing. He and the family will be in my prayers.

The attached photos are added to the memorial of David "Dave" Stevens to help share their legacy.

Thank you for sharing your memory of David