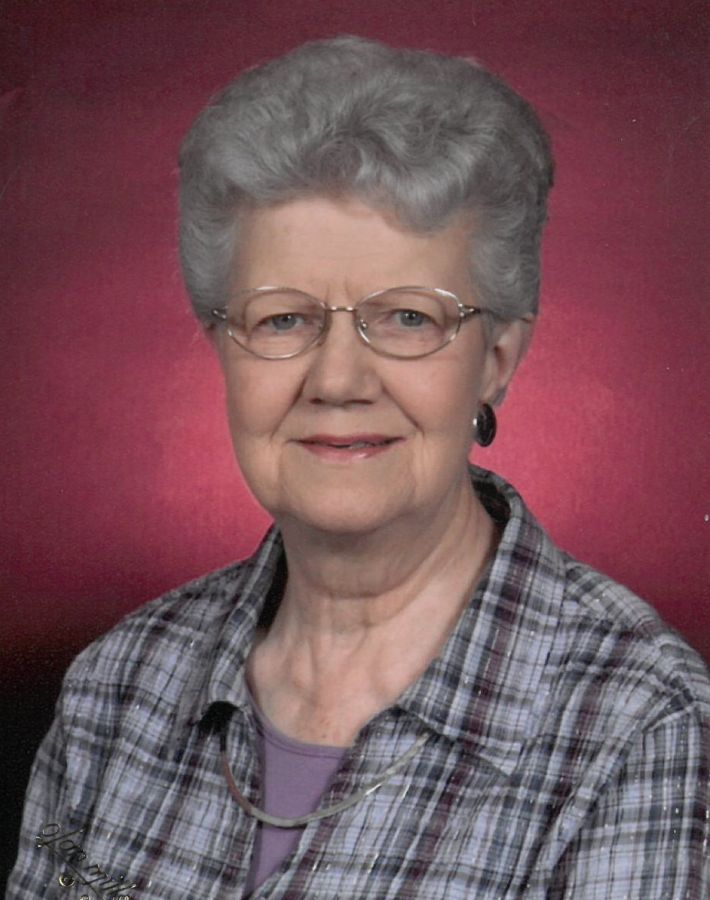 Julia D. Sligar, daughter of Arthur W. Nims and Esther B. (Liston) Nims, was born on November 12, 1928 in Montgomery County, Iowa. She passed away on Sunday, December 22, 2019, at Elm Heights Care Center in Shenandoah, Iowa.

Julia was united in marriage to James "Jim" W. Sligar on April 23, 1947, at Champion Hill Presbyterian Church near Emerson, Iowa. They established their home in Shenandoah, and to this union one daughter, Denise Marie, was born.

Julia attended Keystone Country School, south of Emerson, through the 8th grade, then attended and graduated from Strahan Consolidated High School in May of 1945. She went on to further her education at Commercial Extension of Business, Omaha, Nebraska, graduating from there in April 1946. She entered to the workforce at Central Surveys in Shenandoah from April 1946 to August 1956. In March of 1962, she commenced employment with the law firm of Ferguson, Clovis and Falk, and worked for successor law firms until her retirement from the Norris Law Firm in August 2002.

Julia was a member of the Champion Hill Presbyterian Church until April 1949, when her membership was transferred to First United Methodist Church in Shenandoah. She became a Christian as a young girl and her faith in God and her church were very important to her. She was an active member of the Methodist Church, serving on several committees, member of the Wesleyan Service Guild, United Methodist Women and the Shenandoah American Legion Auxiliary. After her retirement she joined the "Angel Quilters" at the Methodist Church which she thoroughly enjoyed. Julia was an excellent seamstress, cook and organizer. She had quite the sense of humor that continued up until her death.

Julia was very supportive of her family, attending as many of their activities as she could. She loved spending time and playing Rummikub with her grandsons. Julia liked to play Scrabble (her family not so much) so she and two other women who were avid Scrabble players would get together once a month to play Scrabble.

Graveside Services will be held at 2:00 p.m. on Thursday, December 26, 2019 at the Rose Hill Cemetery in Shenandoah. The family will greet friends one hour prior to services at the funeral home. Memorials in lieu of flowers may be directed to the First United Methodist Church of Shenandoah.

My mother always talked about Julia Dean Nims. So when I would see her out and about. I would call her that teasingly. Denise, Dave and boys she is with Jim now. Our Thoughts and Prayers are with you all. Love Robin and Bob Lynn Family

She was such a nice lady & will be greatly missed. She and Jim were very nice neighbors & when I am outside, I still look to see them coming down the alley & waving.

Denise and family,
So sorry to hear of the passing of your Mom. You are in our thoughts and prayers.
Tom and Jan Stevenson

Denise and family,
We were so sorry to her of your mom’s death. We had missed her when our church went caroling at Elm Heights on Dec. 18 th and Dave and I were worried that she wasn’t well. We are in DC celebrating with Neil and family so will not be in Iowa on the 26th. We send our love and sympathy to you all, and will see you when we return home. Edy

So sorry to hear about Julia passing. We always talked when ever we saw each other.

For all our time in Shen we had the best neighbors, Julia and Jim. So many memories and games played by " Sligar rules or Tackett rules?". Having a battle of wits with Julia was a losing proposition!

Denise and Family ... so sorry to hear of your mom's passing. She was a character right up to the end. She will be greatly missed.

Denise and family, I am so sorry to learn of your Mother's passing. She was such a lovely sweet lady. I always enjoyed being around her. She will be missed by all.

She was such a nice lady! My thoughts and prayers are with you.

Rest peacefully, Julia, a wonderful person and friend to many. Our deepest sympathy to Denise and all the family. Cindy and Lowell

What a great Lady. She ran a close second to my own mother. We always enjoyed "pie time" with Julia. She was a person I could be "mean" with and get a response of joy. She will be missed, but never forgotten. You, Dave and the boys and their families are in our prayers. Gregg and Elaine

The attached photos are added to the memorial of Julia D. Sligar to help share their legacy.

Thank you for sharing your memory of Julia