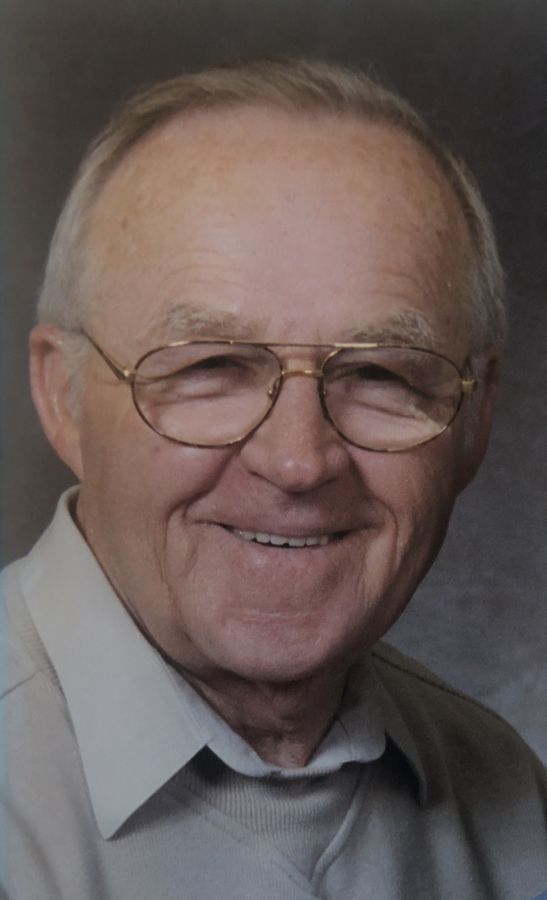 Bob grew up in Shenandoah, graduating with the class of 1951. While in high school, he was a two-sport Mustang varsity letterman in football and basketball. Bob's talents were not limited to the playing field, as he was also a member of the chorus and was selected to the all-state choir. Upon graduation, Bob briefly attended Drake University on a football and ROTC scholarship. In June of 1952, Bob entered into the U.S. Air Force. During his time in the military, he was stationed at the Thule Air Base in Thule, Greenland, for one year. Bob was then stationed at the Lincoln Air Force Base in Lincoln, Nebraska, where he served until his honorable discharge in June of 1956.

On February 14, 1954, he was united in marriage to Barbara Ann "Bobbie" Cleaveland at the St. John's Episcopal Church in Shenandoah. After their marriage, they lived in Lincoln, Nebraska, until Bob's discharge from the Air Force. They moved back to Shenandoah for a short time where Bob worked for Central Surveys and later Kitchen Klatter. Work transferred Bob and family to Independence, Missouri, for 6 years, then to St. Joseph, Missouri, for 4 years, moving back to Shenandoah in 1973. Upon returning to Shenandoah, until his retirement in 1998, Bob was an account representative for a wholesale pharmaceutical distributor. Bob would remain in Shenandoah for most of the rest of his life, moving to the Richmont Independent Living Retirement Community in Bellevue, Nebraska, after Bobbie passed in 2017. Bob was a member of the St. John's Episcopal Church in Shenandoah.

Bob liked to play cribbage and was usually the winner of the best two-of-three matches; he was an avid reader; he liked shooting pool if it was snooker; he loved traveling, especially to the Western part of the U.S.; he followed the ISU Cyclones, the Iowa Hawkeyes (in that order), and the KC Chiefs & Royals; and he developed a passion for biking, and participated in several RAGBRAI rides with his family. He was a frequent rider on the Wabash Trace as well as most of the highways and back roads in the Shenandoah area. A member of the Optimist Club, he was proud of the work they did for the community. Bob was also a member of the American Legion. Most of all, Bob loved his family and looked forward to family gatherings.

Scott and Tracey, I am so sorry about the loss of your father. He was so very supportive and friendly to me as I entered my pharmacy career. He was always good to
share a story or a laugh or a mutual “cheer” for the Cyclones. It was always nice to see him. Please know you are in my thoughts and prayers! I am so sorry I was unable to attend visitation and funeral. God bless you! Jackie Harms

Bob was my salesman for years at Easter's in Clarinda. He was always one of my favorites and we would always pick up ,where we left off, after his retirement. So sorry for your loss and treasure all the good memories. Mike and Christi Anderson

my thoughts and prayers are with you

My old bicycling friend will always be part of our rides as long as I can keep going. Good by my friend! Bill Johnson

The attached photos are added to the memorial of Robert "Bob" E. Ginger to help share their legacy.

Thank you for sharing your memory of Robert "Bob"