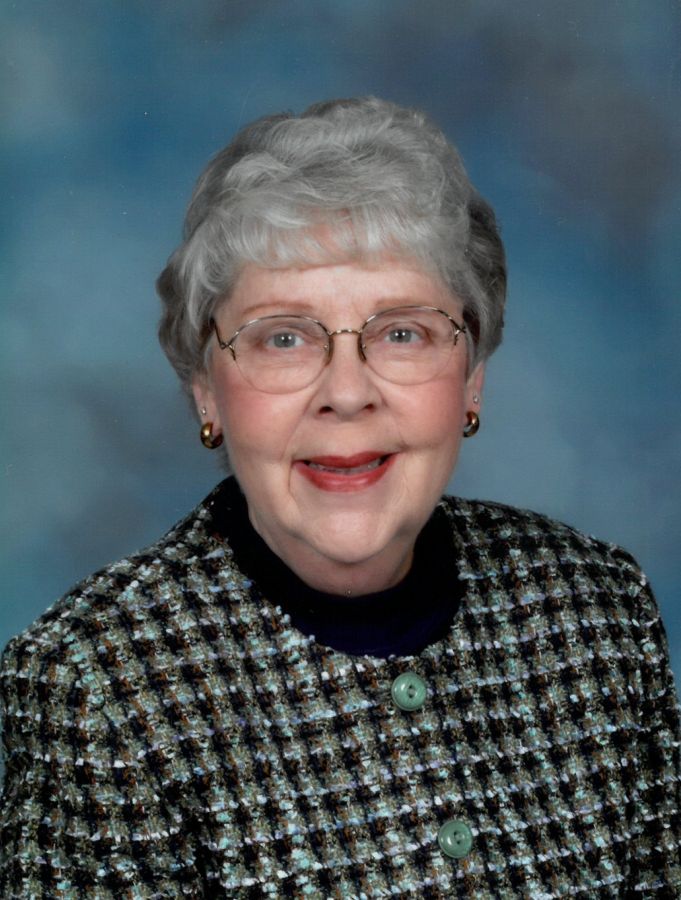 Mass of Christian Burial will be held at 11:00 a.m., on Friday, January 3, 2020 at the St. Mary's Catholic Church. Burial will follow in the Rose Hill Cemetery. The family will greet friends on Thursday evening, January 2, 2020 at the Hackett-Livingston Funeral Home from 5:30 until 7:00 p.m. The rosary will be recited at 7:00 p.m. Memorials may be directed to St. Mary's Catholic Church or People 4 Paws .

Growing up in Des Moines, Betty attended the Saint Joseph's Academy, graduating with the Class of 1951. Upon graduation, she worked at Banker's Life in Des Moines. On July 11, 1953, Betty was united in marriage to her husband, Valentin Raletta Aquino in Des Moines. They spent the early years of their marriage in San Diego, California and were eventually blessed with the adoption of their children--daughter Valori, in 1965, and son Shawn, in 1967.

Betty spent much of her time raising her family, and involving herself in the Shenandoah community, where she lived for nearly 60 years. She was a member of Beta Sigma Phi, Garden Club, Bridge Club and faithfully attended St. Mary's Catholic Church, where she sang in the choir. As her children grew, Betty stepped into the workforce, with most of her time spent in the financial industry. As a manager, she worked for Western Federal Savings and Loan in Shenandoah, and in sales for Mutual of Omaha, as well as part-time for Central Surveys.

Betty and Val enjoyed their many years together with friends and socializing in each other's homes. They spent weekends at their cabin at Sun Valley Lake, and traveling to Europe, Canada, Mexico, and all over the United States. Betty had many special canines over the years, and her Maltese dog, Duke was very special to her. She shared her love of movies with her children, her sharp wit, and sense of humor, and was known for her exceptional homemade spaghetti sauce--enjoyed by her family on many occasions.

Preceding Betty in death were her husband Valentin on January 16, 2005, her parents James and Mildred Foley, sisters-in-law Flora Miller, Annette Stephens and Anneyre Anderson, and many good friends.

Memorials made be made in Betty's name to St. Mary's Catholic Church and People 4 Paws.

5 people have supported the family by purchasing them flowers or gifts from the Healing Registry.

A community worker, singer with a lovely family was Betty. She is missed. My sympathy to Valerie and Shawn and their families.

Betty- We will miss you. Shawn and Valori our thoughts and prayers are with you. A small donation to People for Paws was made in Betty’s name because of her love for dogs. Donated with love from Jim, James, Liz, Pat, Jane, Sara, Norm, Connor, and Foley. Betty’s graciousness, generosity, and wit will be missed immensely.

My thoughts and prayers are with you all at this difficult time.

Shawn and Valori and Families, I was shocked to see your Mothers name on KMA. PRAYERS and Sympathy to All of you. Robin and Bob Lynn

Betty was a wonderful lady, and a person who cared for others. Our hearts are with Valori and Shawn and their families, and we are so sad to not be in Shenandoah to honor her memory. Please know we are keeping you all in our hearts. Hugs--John and Gayle Teget

Betty was a wonderfully sassy lady. She always met me with a smile and a smirk. She always had a great witty comeback. My prayers are with you, Valori and Shawn.

The attached photos are added to the memorial of Betty J. Aquino to help share their legacy.

Thank you for sharing your memory of Betty