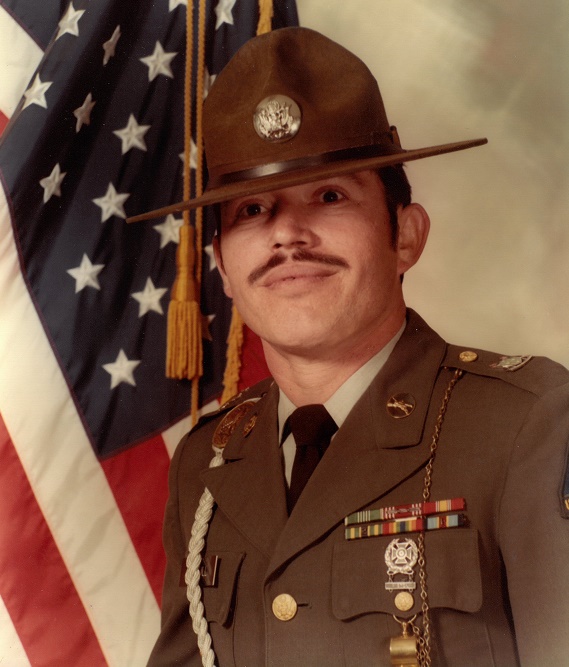 Dale E. Stogdill, son of Darrell Mason and Eula Mamie (Baucom) Stogdill, was born on November 17, 1950 in Thurman, Iowa. He passed away on September 1, 2020 at his home in Shenandoah, Iowa.

His early years were spent in Thurman, Iowa until the age of five when the family moved to Imogene, Iowa. Growing up he worked as a farmhand for Dean Maher, Mt. Arbor Nursery and a dishwasher/waiter for Herks Café. He graduated from Farragut High School with the Class of 1968.

In 1970, he was drafted into the United States Army. From 1970 to 1972 he served in the U.S. Army reaching the rank of Sergeant First Class. Then from 1977 until 1988 he was a Drill Instructor / Tanker. During this time, he also worked at Eaton's Corporation until his retirement in 1988.

Dale was a member of the Shenandoah American Legion Post 88, Shenandoah Men's Golf Committee and served as President of the Omaha Amputee Golf Association. He enjoyed hunting, golfing, fishing, riding his motorcycle and above all else chasing women and hoping he would catch them.

Memorial Graveside Service will be held 11:30 am, Tuesday, September 15, 2020 at the Thurman Cemetery in Thurman, Iowa with military rites provided by the Shenandoah American Legion Color Guard. Memorials may be directed to the Patriot Guard Riders.

To the family, my greatest condolences, he will be so missed, Always in your heart. Many prayers to all.

To the family prayers thanks Dale for being my friend! RIP

I remember as a teenager I would go to uncle Dale's & Aunt Bessie farm just out side shen and babysit Bump when he was a toddler. There were many great memories at there farm . RIP Uncle Dale. I will always love you .

I am sorry to hear about his passing. I grew up in Imogene with Dale and Allen. Played a lot of baseball with “beaner” and Allen as we grew up. Attended Farragut High School with him also. Thank you Dale for your service to our country. May God bless! Michael McGargill

I’m gonna miss explaining to this old man how technology works. Rest easy uncle dale and prayers to his children, grandchildren, and siblings.

To the family of Dale
I am sorry for your loss. Prayers being said for all during this time.
Dale was one of a kind. I've known him most of my life growing up in imogene . Had a sense of humor n was always " happy happy happy ".
You will be missed dale.

Just want the family to know it was a pleasure n honor to be with Dale in his last moments. Loved hearing him call for me Rachet u can't win a jackpot looking at that machine. I learned alot from Dale in a very short time n I will never forget him.

I was so sorry to hear of Dale's passing. People thought very highly of Dale . He will be missed. Prayer's to Jean and family.

Dale and I go back to the days of the Randolph and Imogene little league baseball rivalry. We had some great games and and great fun. Dale mentioned those days every time we would run into each other for several decades. RIP, Dale, you you be missed.

My Sympathy and Prayers for the Families of Dale. He had quite a sense of humor.
Robin Anderson Lynn

Dale was a Exceptional Drill Sergeant, he was what we called a Soldiers Soldier. His soldiers were his number one priority and they would literally take a grenade for him. He Loved his soldiers. My life was enriched knowing him. Dale was a Cavalry man and in the US Cavalry we have a tradition. When one of ours pass on we are sent to a place called the Fiddlers Green. It’s a little canteen located halfway way down the dusty trail to HELL! It’s our mission to keep the evil in lock down for eternity! Dale’s mission may have change and he is now serving to protect all of us from evil, I will one day meet back up with Dale I Love you my brother. Rest easy my life long friend.
Your battle
1SG (R) Rick Kerns Sr

We were sorry to hear about Dale. He was a nice, friendly classmate at Farragut HS. Jerry has good memories of playing baseball in Imogene. Our thoughts and prayers are with you.

My thoughts and prayers are with you all. Dale was one of a kind. He will be missed. Rest in Peace.

Sending prayers out to Dale's family. Dale was one of a kind! We have many good memories to hold on to from our visits on Center Street. Always remember..... RIP Dale

I enjoyed golfing, bowling and playing cards with Dale. He had a great sense of humor and had a nickname for everyone.

My heartfelt sympathy and prayers to the family, Please be comforted by the hope that you will see your beloved one again in the very near future. Hosea 13:14

So sorry for your loss. thoughts and prayers are with you all

We will miss him he was a good friend a good golfing partner.He was taken to soon Frank & Kathy

The attached photos are added to the memorial of Dale E. Stogdill, Sr. to help share their legacy.

Thank you for sharing your memory of Dale