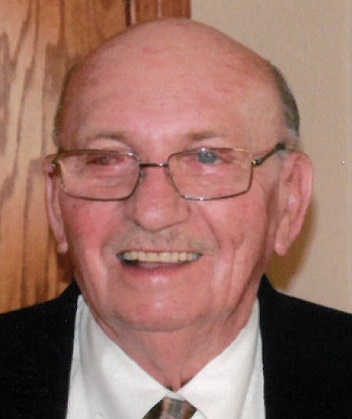 Charles "Chuck" Irvin, 88 of Shenandoah, Iowa passed away on Thursday, November 5, 2020 at the Shenandoah Medical Center.

Open viewing will be held from 10:00 a.m. until 12:00 p.m. on Monday, November 9, 2020 at the Hackett-Livingston Funeral Home, family will not be present. Masks and social distancing will be required. Funeral and Graveside Services will be private family. Memorials may be directed to the Congregational Church or the Shenandoah Veterans Museum.

Charles E. Irvin the son of George Elton and Frances Isabel (Roberts) Irvin was born on a farm south of Coin Iowa on August 18,1932 at 1:30 am. He attended one year of school in Clarinda before moving to Shenandoah in 1939. He graduated with the class of 1950.

Following high school he was employed at DeKalb Seed Corn Company. In November 1952, he was drafted into the US Army, he was honorably discharged in November 1954. He served during the Korean conflict. After serving in the Army for two years, he returned to Shenandoah and his job at DeKalb until their closure in 1981. He continued his working career at Earl May Seed and Nursery Company and Browns Shoe Fit Company, in the carpentry department.

He was united in marriage to Joan (Wallace) Lybarger on November 23, 1955. To this union he became the father to Joan's daughter, Terrie Lybarger. They later welcomed three more daughters; Diane, Stephanie, Amy.

Family was very important to Chuck, he faithfully attended his children and grandchildren's activities and sporting events. He looked forward to family get togethers and holiday gatherings.
He loved Shenandoah, and he loved the members of the SHS class of 1950. He took pride keeping in touch with former classmates and his Army buddies. He always enjoyed running into former detasseling crew members.

He was preceded in death by his parents; his sister Delores Josephson Brooks, brothers; Gordon and Lowell (in infancy), Dick, Larry and Mike, and nephew, Randy Irvin.

Chuck never knew a stranger, he was proud of his family, loved God and his country.

Prayers and thoughts to Joan and family. Enjoyed working with Chuck. He will be missed.

I am so sorry for the loss but I remember him because he was born the same day as my brother, Bill Hutt, & they shared their birthday parties for a few years as they were growing up. When my brother was home for the summer vacations when he was in college he went to DeKalb to work with Chuck & relive the good old days of school. Maybe, they can still do this in heaven.

Joan and family, so sorry for your loss. My thoughts are with you.

Such a kind man. We will miss our neighbor. Thank you for looking out for us and watching the house while we were gone. God bless! Our thoughts and prayers to the family. Shawn, Carter, and Collins Rice. (Neighbors across the street)

We are saddened by Chuck's passing. He was a kind man, a faithful man and a patriot. God bless all of your family, Joan.

Joan, Diane and all,
We are so very sorry for your loss of Chuck. Our thoughts & prayers are with you.
Pam & Marv Belknap


To Chucks' family, so sorry and surprised to hear of his passing, I grew up with the Irvin family, have known them all my life and honored to have had that experience a great family.
May they all RIP Rex Funk

Joan, I am thinking of you and your family. I join your family and many friends in the honored legacy Chuck leaves with us.

So very sorry for the passing of Uncle Chuck.
Rob and Sherry Wallace

I always looked forward to visiting with Chuck after church and the e-mails he passed on after we left Shenandoah. Our thoughts and prayers are with Joan and the family.

I have many fond memories that I will keep close in my heart❤️R.I.P. Thinking of you all at this time

May the promises from our Savior give you comfort at this difficult time. Chuck will be greatly missed.

Joan, Diane and families, we were so sorry to hear about Chuck. He was a very likable man and always friendly. Our thoughts and prayers are with you and all your families. He will be missed.
Tom & Sue Spears

sympathy and prayers to Joan and family. Chuck was such a nice man and will be truly missed

My condolences and prayers to the family, May fond memories and God’s loving words carry you through and beyond such a tremendous loss. Isaiah 57:15

May your good memories bring you comfort and peace--our thoughts and prayers are with you. John and Gayle Teget

Joan and girls so sorry to hear of Chucks passing He was a long time family friend and will be greatly missed sending my prayers for comfort and peace to all of you. Sharon (Lee) Aistrope

Diane and.family, I am sorry for the loss of your.Dad. i know how difficult it is. You are in my thoughts and prayers.

My thoughts and prayers are with all of you at this difficult time. May God Grant you Peace
and Comfort.

Diane, So Sorry to learn of your Dad's passing. Our Thoughts and Prayers are with you All

My thoughts and prayers are with you all.

The services for Charles "Chuck" have not yet been added. Please sign up below to be notified when the services are ready.

Get Notified When a Service is Added

The attached photos are added to the memorial of Charles "Chuck" E. Irvin to help share their legacy.

Thank you for sharing your memory of Charles "Chuck"