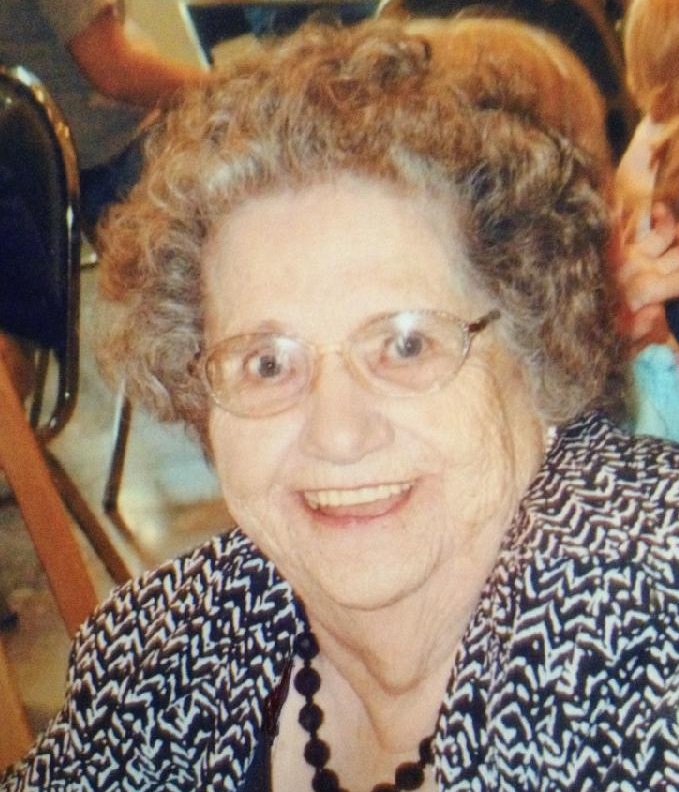 Private Family Graveside Services for Jean will be held in the Elmwood Cemetery, Coin, IA. A celebration of her life will be held at a later date.

Jean was called home to be with her Lord on April 9th, 2020 in Maryville, MO.

Jean attended school at North Star, a country school, which closed in 1946. She transferred to Shenandoah, IA for 2 years, then transferred to Northboro, IA, where she graduated in 1950. After graduation she attended Clarinda Junior College. She then taught school in Coin, IA.

In 1953, Jean married Lloyd Polsley of Coin, and she became a farm wife, homemaker, and mother of 3 children, David Lee, Thomas Ray, and Glen John. Lloyd preceded her in death on May 12th, 2000. Jean then left the farm and lived in an apartment in Shenandoah, later moving to an apartment in Maryville, MO. Jean was a member of the Coin United Methodist Church, The GC Club and the Christian Women's Club. She attended the Calvary Chapel Church in Maryville, MO in her later years until her health would no longer allow her to physically attend.

She was preceded in death by her husband, Lloyd, her parents, John and Beulah Meyer, and a sister-in-law, Martha Gamble.

She is survived by her brother Bill (Marie) of Clovis, CA, her children David (Kathryn) of Ottawa KS, Tom of Kansas City, MO, Glen (Janet) of Maryville, MO; sisters-in-law Jean Armstrong, and Lois Sullivan; her grandchildren, Ryan (Geri), Cara, Alex, and Seth Polsley; and her great-grandchildren Kaytlynne, Rylen, Emily, and Colby Polsley, all of Ottawa, KS.

Sending our deepest condolences to Tom, the Davids, Glen and Janet. We loved going to Aunt Jean and Uncle Lloyds when we were little, gathering eggs, listening to Uncle Lloyd talking about various topics in the sitting room, he had such a rich laugh, and helping Aunt Jean in the kitchen. She had those lovely spoons and plates. And her laugh was so lovely, too. Very homey, cozy memories...

Glen, Tom, David and family I fondly remember your mom and dad and the conversations when I worked with your family on the farm. Their time in eternal peace will be a certainty and blessing for your comfort. I put in many hours on the farm putting in plumbing and electrical work and never heard a harsh word from your folks. You are all in my prayers for comfort and condolences at this most difficult time. When you loose your mom and dad, it seems like life never is the same. Heal you soul knowing that you got to enjoy two incredible people that was placed on earth to help better us all with their kindness.

Condolences to the Polsley family from your Gamble cousins. Ron, Kris and Clark.

Tom ,Glen David and families, I know your Mother is in heaven enjoying reminiscing with your Dad and all the wonderful memories of the life they had including all the adventures of raising their family! Sorry she had to leave but you know she's happy. Hugs! Becky Ripley

My deepest sympathies to All Family members of Jean. Hope n I have very Special memories of Jean. She was the SWEETEST N MOST BEAUTIFUL PERSON INSIDE N OUTSIDE. ❤ Jean ALWAYS had a Smile for All n a Kind word for All. Hope n I will Especially miss Jean. When we would take our walks. We ALWAYS stopped to say Hello. We would go in or Jean would come out to meet us. She loved my little Hope. She would pet her n say" her hair is so soft." Hope Loved Jean too.. ❤ Hope got out of the Apartment door when she was very small. She saw Jean n Dean visiting. Jean had her door open n Hope ran across the parking n into Jeans Apartment n out x 2. Then took off towards the clubhouse. I jumped into my car n was Frantic. Drove aroud asking all if they had seen a little white dog ? Decided to go back to the apartment. N there was Jean standing on sidewalk. Waving to me. We spoke n Jean said "She is in the apartment behind a closed door n safe." I said to Jean. What may I do for you?? Jean said, "Oh just be my friend." I said Jean you are all ready my friend. She just smiled. ❤. Jean moved, n every time we walked , Hope would want to stop n see Our Friend Jean.

Jean, we will see you on the other side. Until then soar with the Angels.... We willl Always Love n Miss You.
Love you Forevermore, Hope n Debra. ❤ ❤ ❤...

May your hearts find comfort in God’s beautiful promises for the future. John 6:40

The services for Reba have not yet been added. Please sign up below to be notified when the services are ready.

Get Notified When a Service is Added

The attached photos are added to the memorial of Jean Polsley to help share their legacy.

Please help memorize Jean Polsley by recording your attendance below.

Thank you for sharing your memory of Reba